‘You are not your job’: Lindsay Manfredi on losing a career 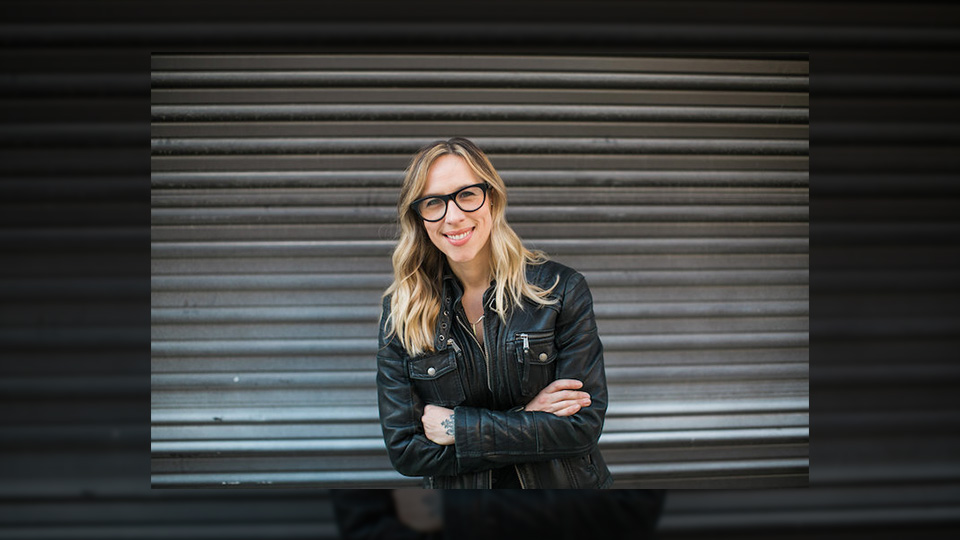 We all know how unpredictable 2020 was. The pivot scene has been in full force as millions were furloughed or lost jobs and businesses altogether.

And as many people faced losing work and, with it, a huge part of their identity, they have been reflecting on what their careers really mean to them and what they want going forward.

This perspective is shared below in an an excerpt from Unfuckwithable: A Guide to Inspired Badassery by Lindsay Manfredi.

For many people, what they do for their job is what defines who they think they are as a person.

If something happens that we perceive as unfavourable with our job, it can have severe implications on our self-esteem. I experienced this when my old band, Neon Love Life (NLL), broke up.

NLL began our journey back in 2009 when I was going through my divorce, and all I needed was to be in music. I joined forces with some dear friends because we were also founding Girls Rock! Indianapolis.

In the beginning phases of this program, we thought nothing would be cooler than starting our own band of four women and leading by example. Neon Love Life was born, and we were one of the most popular bands in Indianapolis for years.

Not only did we have a mission, but we all also had great song ideas. We were sister souls and best friends. I spent nearly all of my time with these women, and we shared incredibly unique chemistry. Also, we had friends and a community that got behind us and helped make Girls Rock! Indianapolis what it has become today.

Neon Love Life ended up breaking up two years after our launch. There was a multitude of factors: Ashley, our guitarist, wanted to go to Yale to become a gynecologist. She was, and still is, a significant advocate for female reproductive rights, and is a practising physician for Planned Parenthood in Denver, Colorado.

Our drummer Tasha wanted to focus on her massage practice and today has her own shop, which is one of the best ones in Indianapolis, called Lift Indy.

Sharon, who shared guitar, bass, and vocal duties with me, works half the year in St. Croix and part of the year back in Indianapolis, still helping to run Girls Rock!

I would honestly say that my drive in the success of NLL threw a major wrench in the band.

I kept going, going, going, and all of us weren’t on the same page. The split came as a surprise to me after a few months of pent-up tensions, of which I was aware.

Ashley had announced her separation from the band because she had just gotten accepted to Yale.

I immediately, without taking into consideration her feelings, posted on social media that we were looking for her replacement because I wasn’t about to stop this train.

I offended a lot of people, including my bandmates. The girls told me we were splitting a week later. Looking back now, I would have done things differently. However, the split was bound to happen no matter what I would have done because that was what the universe had in store for us.

I was in such a state of shock when I was confronted and told that we were disbanding. It threw me into a downward spiral of depression. I spent days in bed, crying, hurting, wondering what the fuck had just happened. For some reason, in my head, I was trying to figure out if people would still love me or like me if I wasn’t a part of that group.

I even asked my boyfriend at the time if he still wanted to be with me since I wasn’t a part of that band, to which he said, “of course”.

That’s how wrapped up my identity was in being a part of that band. I think I was also feeling shame. Shame that something I was so proud of and so in love with didn’t work out. It was heartbreaking.

For years, I was pretty confident that I had known who I was, or thought I was. It was so easy to get caught up in the idea and dream of the little success we had achieved. I just wanted more, wanted to work harder, wanted to be better, but no one else had the same dream I had.

However, what I thought was a complete failure at the time ended up teaching me so much about myself and taught me about people around me.

It taught me that I had no control over the universe’s plan of success for me. It also made me learn that I was not what my job or band was. It made me learn how to pick myself up and begin again.

It made me strive to be a better player and turned me into a better songwriter. It makes me think of the saying: “One day, you’ll look back and be glad things didn’t work out the way you wanted them to.”

I certainly wasn’t in the healthiest place in my life. I was drinking a lot, and I was going out a lot. There were behaviours I needed to change, and honestly, it would take years after this event in my life for me to even get to that person I would need to become to take on true responsibility.

"It taught me that I had no control over the universe’s plan of success for me. It also made me learn that I was not what my job or band was. It made me learn how to pick myself up and begin again." – Lindsay Manfredi.

Another positive that came out of this situation was that I had many toxic and fake people in my life back then. This experience helped me learn who those people were.

While it took me years to fight the tears because of the rumours people spread and the things people said about me, I am now stronger because of those people. I’m in a band with people I love and respect. Each step on my journey has led me to the place I am today.

I am so grateful for all of it.

I learned forgiveness, grace, tenacity, and have continued to pursue my dreams despite the roadblocks along the way. They were there for a reason. In Gabby Bernstein’s book, The Universe Has Your Back, she has an entire chapter about how obstacles are detours in the right direction. When I read her book, I related so hard to this passage.

When you choose to see your obstacles as detours in the right direction, you can begin to find a deeper meaning and personal growth amid the discomfort.

Maybe you can connect to a higher purpose, make a real connection to someone, or even be set on a path that will redirect the course of your life in an ultimately positive way not otherwise possible. All obstacles that are perceived with love can be transformed into the greatest life lessons.

When you learn who YOU are deep inside, when you come from a place of love, faith, persistence, openness, and forgiveness, you make yourself unfuckwithable. Be grateful for that adversity. Be thankful for that detour. For those are the things that make you the person you’re to become.

You are a spiritual being, and a light sent down here to give love and spread light to everyone you come across. Learn who you are, a spirit with a purpose, and that will put you on the path to being unfuckwithable.

How to overcome job setbacks:

1. Realise not everything is meant to last forever

We have no control over any outcome. You can only do your best, but ultimately, what is best for you will happen, whether you want to accept that or not. Life flows much more harmoniously if you do accept it.

2. Remember, you are not your job

Remember, you can’t lose something that’s good for you.

3. Grieve, then get back up

If you do experience the loss of a job, the break-up of a relationship or band, or something you felt defined your life in some way, it’s okay to cry that shit out.

It’s okay to mourn the loss of something you so dearly loved. And it’s also okay to get back on those beautiful feet of yours and start over. There is no such thing as failure, but there are, as Gabrielle Bernstein shares, “detours in the right direction”.

This is an excerpt from Unfuckwithable: A Guide to Inspired Badassery by Lindsay Manfredi.

Some may say Lindsay Manfredi is the definition of a renaissance woman. From being in the music industry for more than 20 years, as well as a two-time TEDx speaker and co-founder of Girls Rock! Indianapolis, a non-profit rock and roll summer camp for girls aged 8-16, which was started in 2010, she is currently the bassist for the alternative rock band, COLD, who has sold more than one million records in the US alone, and the most recent album, The Things We Can’t Stop, debuted at 34 on Billboard through Napalm Records in September 2019.

Lindsay is also a singer/songwriter whose music is featured on the Fitfluential Radio podcast and does studio work with Geno Lenardo (Filter, Chevelle) regularly. Manfredi is also partnered with Tricia Meteer for Equinox Farms and hand-pours luxury candles for bands and brands when she’s not touring.

Lindsay owned a ghostwriting and social media marketing company, Linzstar Inc, for 10 years until music took over her life. She has been a featured speaker at Blog Indiana multiple times and on many social media marketing panels including Blog Indiana, The Combine in Bloomington IN, and was featured in Indianapolis Monthly Magazine as an up-and-coming artist in 2013.

Manfredi is currently living in California and recently released her first book, UNFUCKWITHABLE: A Guide to Inspired Badassery.

This article was originally published on A Girl In Progress. 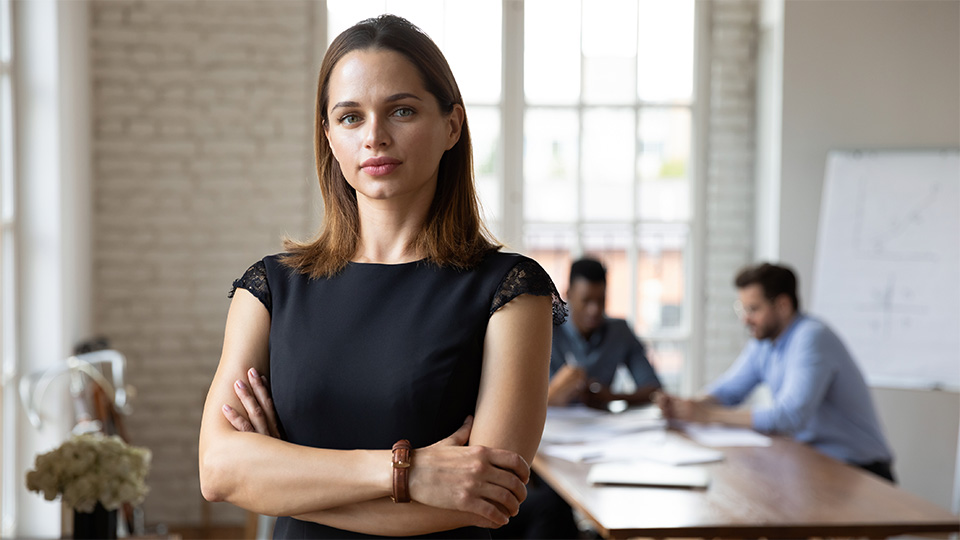