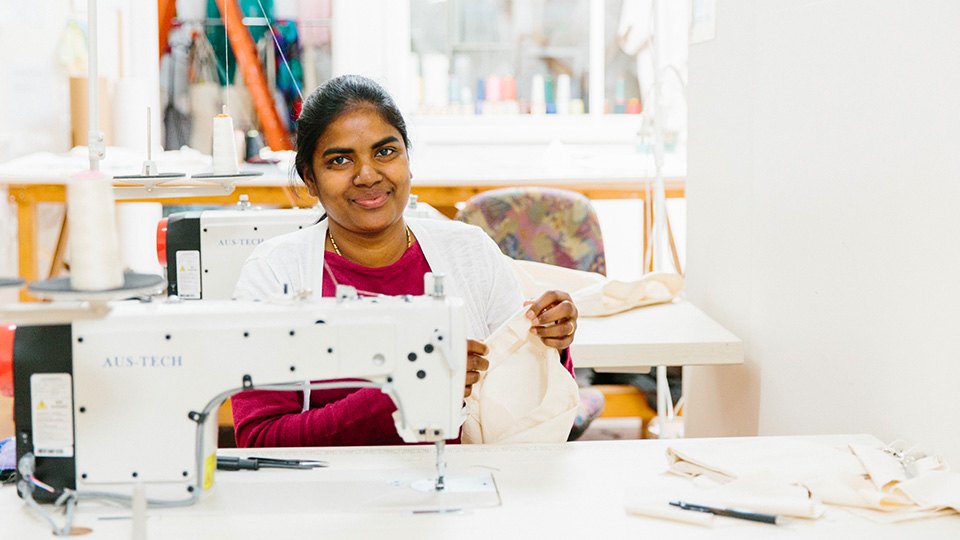 The United Nations defines a refugee as someone who, due to persecution on the basis of race, religion, nationality, social status or political beliefs, has fled their home country and are unable to return safely.

At the end of 2018, there were more than 70 million worldwide refugees fleeing oppression, violence and war.

Health, social and economic outcomes for refugees and asylum seekers are poorer than the general population, particularly for women, who face a higher risk of developing anxiety, depression and post-traumatic stress disorder than refugee and asylum-seeking men.

Post-settlement social factors such as experiences of racism and stigma have a strong correlation with mental and physical health, as does the ability to secure appropriate employment and creating social connections.

Barriers including poor English proficiency, trauma, extended stays in detention camps, and disrupted or lack of access to education, mean that women arriving in Australia on humanitarian visas have one of the lowest workforce participation rates in the country.

Here’s how Second Stitch, a small social enterprise based in Melbourne’s north, is attempting to change this story by offering a supportive educational environment and economic empowerment opportunities to refugee and asylum seeker women.

How was Second Stitch established?

“Second Stitch began in a small corner of an empty studio space in Coburg, with just a couple of domestic machines and basic sewing supplies,” said Rachel Wood, studio coordinator at Second Stitch.

“Each week, a small group of women would meet and share their common interest of stitch crafts and sewing and share stories in a safe, welcoming and creative space.

“The language of sewing is universal – it is a way to bring people from all over the world together, to find common ground, share stories and trade skills.

“For many, sewing is so deeply ingrained in family history; it’s how we connect to one another. Our greatest success stories involve providing some of the most disadvantaged people from our community with meaningful employment opportunities.

“Through sourcing donations of fabric and sewing supplies, networking and sharing skills with local businesses and individuals, Second Stitch has grown into a fully equipped studio offering clothing alteration and repair services to the public. Proceeds are used to provide wages for their employees, as well as purchasing materials and delivering sewing lessons and workshops to the community.” 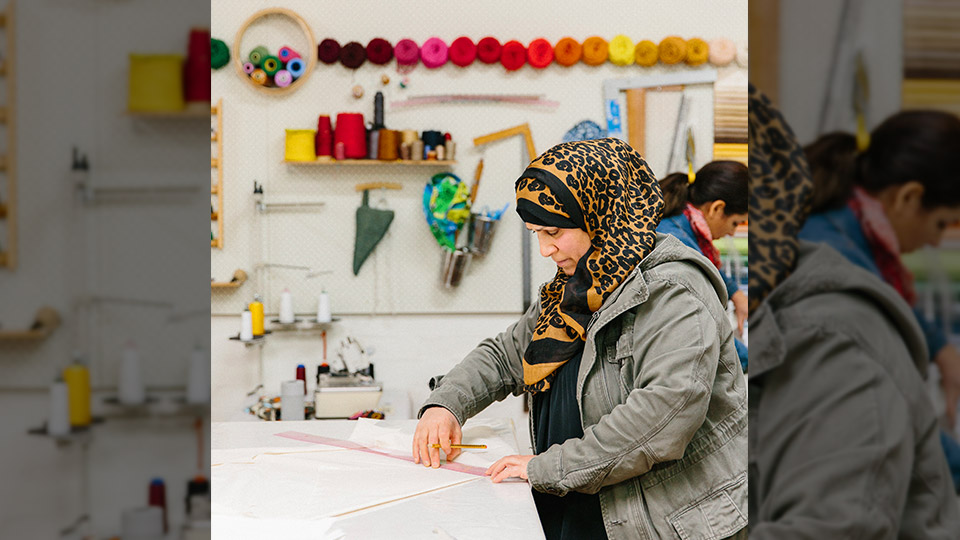 How can people support social enterprises like Second Stitch?

“Second Stitch offers regular clothing alteration and sewing classes, and is always looking for volunteers with fashion or textiles experience to share their skills and knowledge. You can also show your support by visiting their Sydney Rd studio for clothing alteration or repairs, or to purchase some of the beautiful handmade products sold instore,” said Ms Wood.

“Second Stitch currently supports 45 women from countries including Syria, Somalia, Eritrea and Turkey to complete a Certificate III in Clothing and Textile Production. Participants of the program also have the opportunity to receive mentoring from industry professionals and undertake training in essential business skills such as business management and customer service. Whilst this program’s cohort is mostly made up of women, the studio is open to anyone with an interest in sewing and being part of an inclusive and supportive community.”

What should people know about refugee and asylum seeker women?

“That seeking asylum is a human right,” said Ms Wood.

“Despite Australia being a party to the Refugees Convention and therefore obliged to support the welfare of refugees and asylum seekers, thousands of legally recognised refugees continue to be held in detention in centres across Australia, Nauru and Manus Island. Detention in Australia is often long-term and indefinite and has been a point of criticism by the international community, particularly with regard to mandatory detention for children, whom in some cases have been detained for up to nine years.

“Many organisations are working hard to protect these vulnerable members of our community, and there are lots of ways that individuals can show support and solidarity with refugees in Australia, including supporting socially conscious businesses like Second Stitch.” 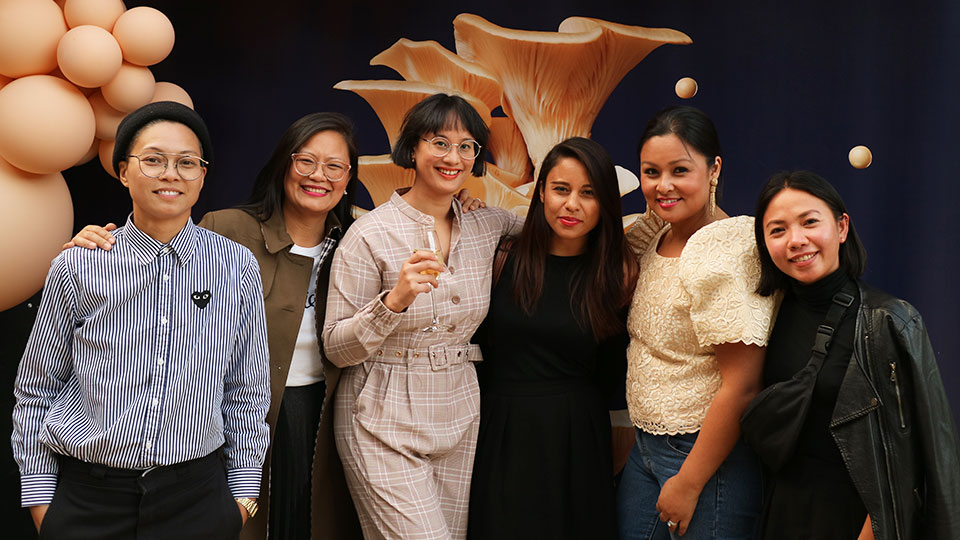 A female collective, known as The Entree.Pinays, with a shared passion for food are on a mission to shine a light on Filipino cuisine in Australia. 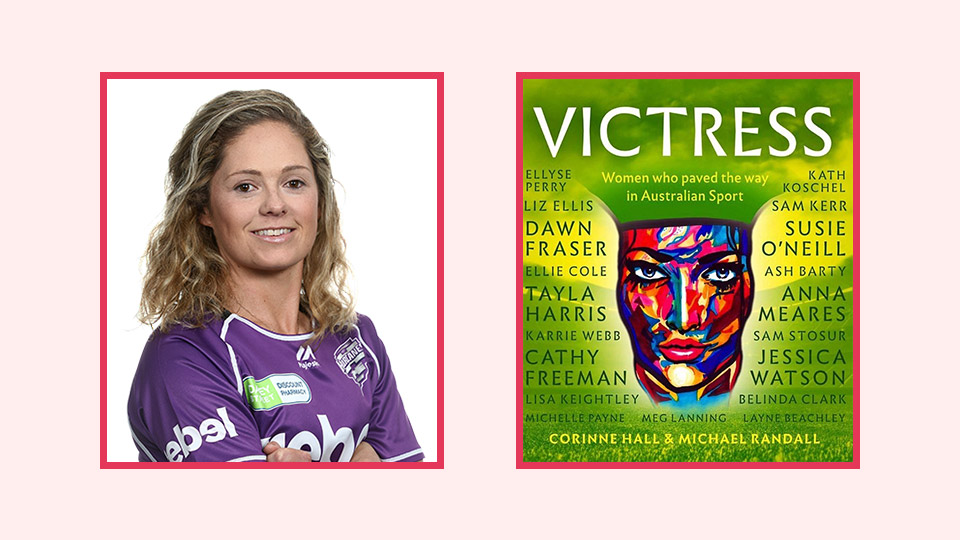