At age 27, Alexandra thought she was being ‘smart and strategic’ by only pursuing opportunities she knew would work in her favour.

At work, she would only volunteer for projects she had done in the past. She only liked to vacation at places she had already been to and only took up hobbies she knew she would be good at.

The problem was, Alexandra had a pit in her stomach because the idea of ‘being wrong’ or ‘failing’ in any way loomed over every single choice and decision she made. She came to see me because she wanted to learn how to make the ‘right’ decision every single time.

As a psychotherapist and coach for Millennials, I’ve helped hundreds of clients, just like Alexandra, figure out how to embrace failure and push past disappointment.

Failure is the best way, and sometimes the only way, to gain valuable information about yourself.

Failure is knowledge. You have to be able to look at each failure as a life lesson or you’ll continue to repeat the same mistakes and nothing in your life will change.

When you fall down and pick yourself back up and manage to keep going you’re building grit. Grit is a term coined by psychologist, researcher and author, Angela Duckworth in her book called Grit. Duckworth defines grit as “passion and perseverance for long-term and meaningful goals”.

If you want to achieve long-term success in anything, failure will be a part of the process. The sooner you allow yourself to fail, the sooner you’ll have the chance to prove to yourself you can handle disappointment and build up your grit.

You took a chance and it didn’t work out — what now?

Once you get past your initial fear of failure, here are the steps you can take the next time you need to bounce back from disappointment:

You get to feel down (for a period of time)

Give yourself time to feel disappointment. It’s OK to feel sad about the missed opportunity or loss. But you’re not allowed to see this disappointment as a reflection of what you do and do not deserve, or what you can or cannot achieve.

Alexandra viewed every mistake or misstep as a failure and therefore ‘bad and to be avoided at all costs’. She needed to reframe how she perceived failure and what it meant about her as a person. She believed if she failed at something, that meant as a person she was a failure.

You failed, but it doesn’t mean you’re a failure.

Failure is simply our judgement of a situation or event. You and I both go see the same movie. You love it and I hate it. You see it as a success but I see it as a flop. Who’s right in this situation? Both of us. Neither of us. It’s our perception of something that determines if it’s a success or failure.

So, imagine what would happen if you choose to decide to see failure is a good thing?

Let go of the outcome

Learning to ‘let go of the outcome’ is an incredibly valuable concept to learn and understand.

When you let go of the outcome, you’re deciding to show up, present your ideas, show your products, pitch your project and then let go of how people will receive your ideas, products or projects.

For example, this blog post. My job is to share with you my experiences and perceptions from my years working as a therapist and coach. I determine how much time and effort I put into writing this piece. That’s it. That’s what is in my control.

What’s out of my control is the outcome: who reads this post, how each of you receives it, whether or not you agree with my thoughts and experiences, whether you like or hate my writing style and on and on. All of those things are out of my control.

If I feel like I’ve put time and effort into this post and I like the final product but someone who reads it doesn’t, then why does that mean this post is a failure?

Learning to let go of the outcome (the part we have no control over) is a powerful concept because how many times have you stopped yourself from going after something you really wanted because you feared it wouldn’t turn out how you wanted?

I want you to grab a notebook and answer these questions: What is one goal I’m telling myself I can’t achieve because I fear failure? Once you have your answer, then ask yourself: In terms of this goal, what is in and what is out of my control?

Then look at the things you listed as ‘out of your control’ – those are parts of the ‘outcome’. Now think about achieving your goal and ask yourself: How would I feel if I let go of the outcome?

It’s this mindset that will allow you to go after the things you want to achieve and not get stuck in a place of fear. Suddenly going after new and difficult things won’t feel so scary.

The most amazing things happened when Alexandra stopped worrying about making mistakes or fearing failure. The knot in her stomach went away, but more importantly, she discovered she was far stronger than she believed. She assumed she was a sensitive or fragile person who couldn’t handle things, when in fact she was an incredibly strong and determined person.

Alexandra finally stopped believing she had to avoid failure and while she doesn’t totally believe failure is awesome, she has taken some chances and has surprised herself when she was able to bounce back from disappointment.

This article was written by Tess Brigham and originally published on A Girl In Progress. 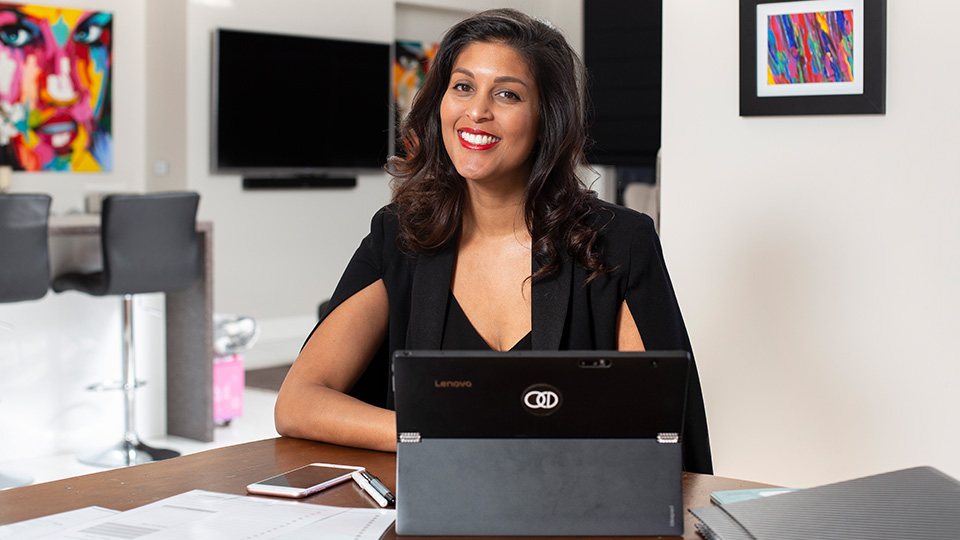 Outsource your life admin and mental load with this genius service

If you’ve ever considered hiring a life assistant to help you with managing day-to-day tasks, now you can.

The power of a hobby in improving mental health and wellbeing

Even if you find it hard making time for a hobby, the health and wellbeing benefits of doing an activity you enjoy are boundless.