5 reasons you should dream bigger — and how to do it 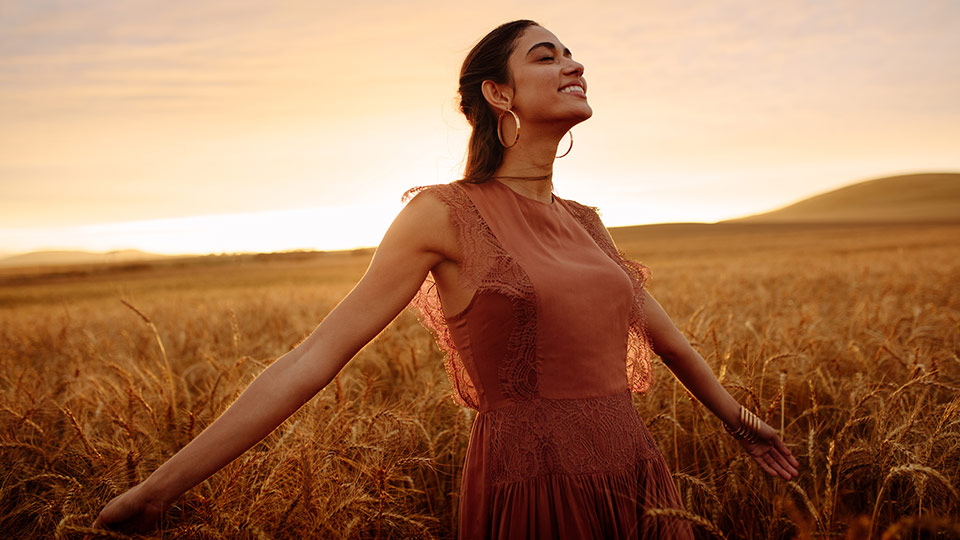 I’m the first to admit that I’ve always been a bit of a dreamer.

Blame it on all the books I binged and the games I played (I’m looking at you, Harry Potter and The Sims), but I was always the kid stuck in my future, daydream world.

I envisioned becoming a published author, working in the glossy world of magazines, appearing on a TV drama series, and attending a school for witches and wizards. And, while I’m still waiting on my acceptance letter from Hogwarts, I’m happy to report that three of those four things have become a reality (even if one of those was just as a walk-on role in one episode, I’m counting it!)

So, I’m a huge advocate for dreaming BIG, to the point of blind optimism and disregard for realism. Because it’s never served me wrong and has helped me create a life beyond my wildest dreams (and I’m just getting started). And, I’m always the first to remind my friends, family, and clients to dream a little bigger, too.

Are you wondering if you need to stop playing it safe and set your sights higher? Here are 5 reasons you should expand your horizons of possibility — plus, how to make those dreams a reality through action.

Reason 1: Because everything is in your realm of possibility

While it may sound cliche, there truly aren’t many dreams that are impossible.

While I acknowledge that privilege plays a huge role in giving some people a head start, everything that exists in this world is yours for the taking.

The only thing that stands in the way is the limitations you put on yourself…. and sometimes, time. Because, sure, some goals are naturally going to take longer than others to achieve, due to the gap between where you currently are and where you want to be.

For example, if your dream is to go into outer space but you’ve never studied astrophysics, it’s probably not something you’re going to be able to tick off the list tomorrow. But, if someone else has achieved it before, know that it’s within the realm of possibility for you, too (especially if Elon Musk’s space tourism project takes off anytime soon!)

When we dream big, it makes the people around us stand up and pay attention, too.

Sure, some may tell you it’s impossible, but that’s just them projecting their insecurities onto you. There will likely be just as many who are inspired by your boldness and think “wow, maybe I’m aiming too low with my goals”.

When we encourage others to raise the bar and expand their horizons with their dreams, it’s always a good thing.

Reason 3: Because it never harmed anyone

You’d be hard-pressed to find any downsides to dreaming bigger. Because honestly, what’s the worst that can happen. Someone might judge you?

Okay, well as we’ve already established, that says far more about their narrow perspective than it does about you. Or, maybe you’ll become disappointed in yourself for not achieving that goal? Perhaps, with a simple mindset shift, you can live with that.

Plus, just because you haven’t achieved it yet, doesn’t mean you never will. Rather than wondering, “what happens if I fail?”, ask yourself “what happens if I succeed?” Ninety-nine per cent of the time, the rewards far outweigh any perceived risks.

Reason 4: Because it helps you take more action

The idea of ‘impossible goals’ is at the heart of the book The 10X Rule by speaker and entrepreneur Grant Cardone.

His rule is simple: If you set targets for yourself that are 10 X bigger than you actually achieve, then it forces you to take 10 X more action than what you would have otherwise. And, Grant teaches, this is the level of action that is required to achieve remarkable things.

The funny thing is, when we set smaller goals, we actually become more paralysed by fear of failure — because we know it’s within our reach, and that it’s our own fault if we don’t achieve them.

But, when we set targets that we believe are outside the realm of possibility, we’re more likely to think “hey, may as well give it a shot — what do I have to lose?”

Reason 5: Because even if you ‘fail’, you win

One of my favourite quotes is this one by Leslie Calvin Brown: “Shoot for the moon — even if you miss, you’ll land amongst the stars”.

I think this really sums up what is so powerful about pursuing so-called ‘impossible goals’. Because, even if you don’t achieve that particular goal within your designated time frame, you’ve likely gotten much, much further than you would have if you had set a ‘more realistic’ target.

After all, you’ve had to take 10 X the amount of action that you would otherwise, and that’s always going to get you much closer.

You also need to look at the person you’ve had to become in the process of striving for that goal. Perhaps you’re stronger, more confident and resilient. That transformation is far more poignant than the specific goal itself.

How to set bigger dreams — and actually achieve them

Okay, so now we’ve established that there’s absolutely no excuse to not be dreaming bigger. The sky’s the limit! But, how do you do this in a way that doesn’t feel overwhelming, so that you can start actually taking action? After all, a dream without a plan is really just a wish!

Here’s a step-by-step guide to breaking down your big dreams and start making them a reality:

1. Find someone who has achieved this dream — it may be someone you know in real life or follow on Instagram. Or if you don’t already have someone in mind, you may need to do some digging on Google.

2. Work backward to identify the steps they took to achieve that dream. IMDB and Wikipedia will be your best friend for tracking down those timelines, but their Instagram account can also serve as a handy time capsule. You may even consider reaching out to them for mentoring, if it’s something they offer and is accessible to you.

3. Use their timeline to reverse engineer your own roadmap for achieving your dream. Breaking it down in this way makes it feel far less overwhelming and more achievable.

4. Watch their interviews, live or stories, or listen to them on podcasts, to get a feeling for the type of person they are. What qualities do they exhibit, whether it’s poise, confidence, calmness or elegance? Then, find ways to embody these qualities every day, to help you become the type of person who can achieve these goals. This is key for bringing them into your reality.

This article was written by Emma Norris and originally published on A Girl In Progress. 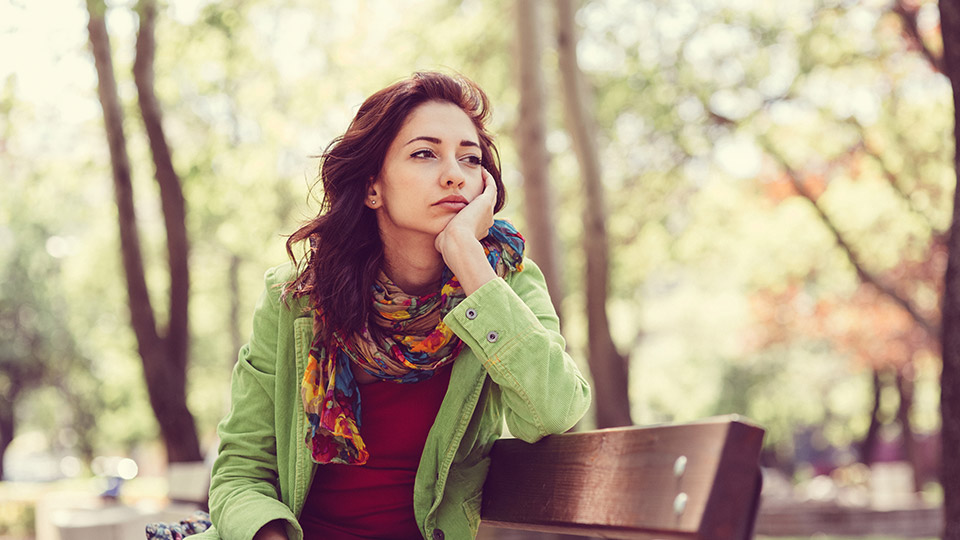 Psychotherapist and coach Tess Brigham shares how you can reframe the way you look at failure, and what to do to bounce back from disappointment. 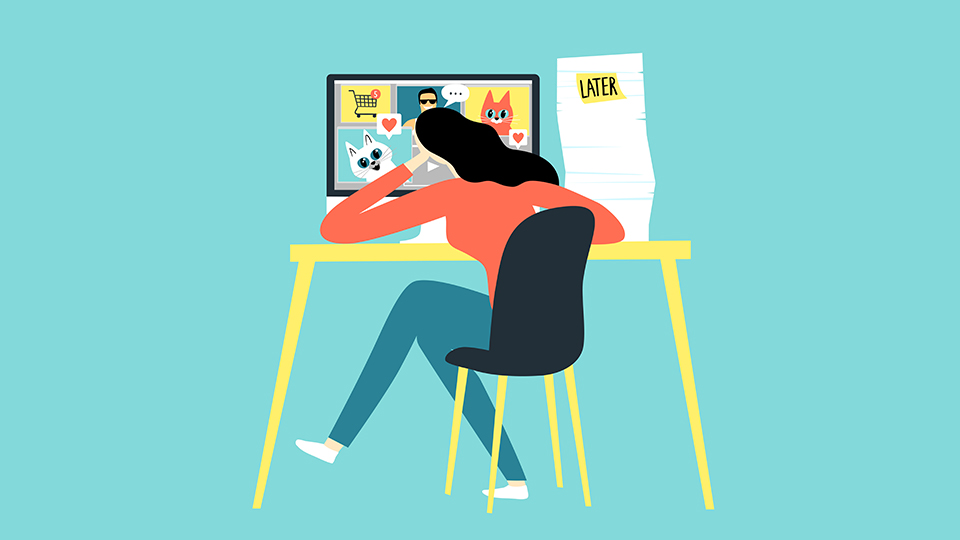 I’m getting real about my own journey with procrastination and sharing the ways it’s affected my life, and how I've overcome it. 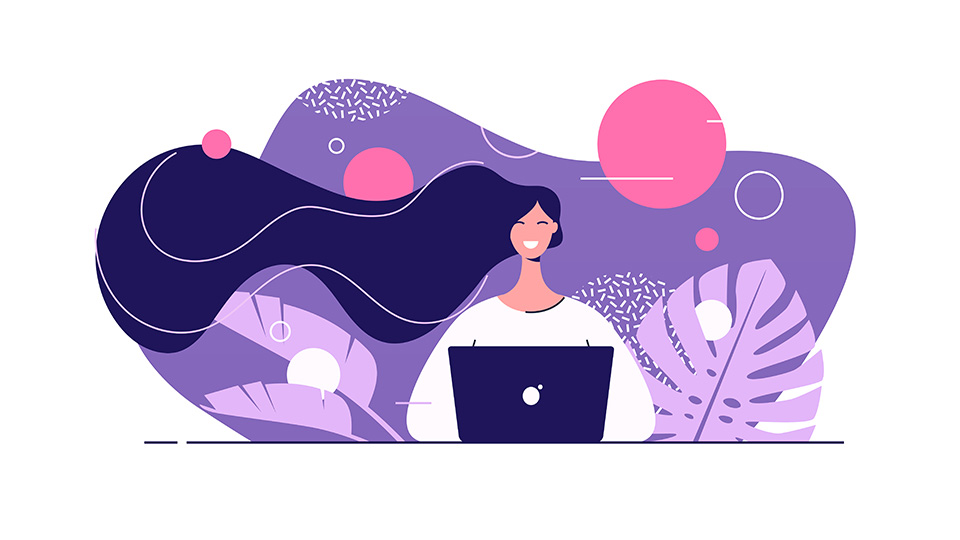 Landing that dream job is not impossible, but it does require hard work. Try these tactics to get closer to your ultimate career.